Radical Islamic terrorism is posing a constant threat to the world, especially for European countries. After the barbaric attacks in France and Austria, its followers have proved that they are not as peaceful as they claim to be.

After the Paris terrorism summit, the governments of the European Union had a dialogue and they are working on an agenda to counter radical Islamic terrorism systematically. They realize the fact that a ‘Coordinated action’ is a key element in their anti-terror fight. They already have a draft statement in place but it will not go down well with the Muslim Majority countries.

“We must protect people in Europe from Islamism,” according to the draft seen by Bloomberg, which has been prepared for a meeting of EU home-affairs ministers on Friday. It seeks to promote religious education and training of Imams so that they can integrate the European fundamental rights and values.

French President remains at odds with Muslim leaders across Europe as his authorities respond to attacks by closing down mosques, shutting down rights organizations. He has a major contribution to cracking down Islamist “separatism” and his comment that Islam is facing a “crisis”. In some ways, he is right too as no country will tolerate attacks on its people by those who are immigrants and are receiving shelter from the Government.

EU leaders have added a debate on religious extremism to the agenda of their December summit, where relations with Turkey will also be discussed, according to a separate memo to national delegations seen by Bloomberg. Turkey has accused France of Religious persecution and has banned all French goods.

The European Union are also thinking of penalizing by their ambitious Digital Services Act concerning the internet companies who don’t stop the spread of illegal content that is promoted by using their services.

The EU is also thinking about putting a tighter border regulation in place. Ms. Angela Merkel, the Chancellor of Germany has remarked that it is urgent and crucial for them to know who is entering and who is leaving.

European leaders have always been very local against any terrorist attacks that happen across the globe. They criticized the Pulwama attack that has happened in India and other such acts. Europe is one of the countries that are most affected by immigration issues and Islamic terrorism.

A kid in Pakistan posing with gun threatens to behead French President @EmmanuelMacron & play football with his head. This is what Pakistani society is all about. Coke Studio, Food, Art, Ghazals etc are just to fool you because they know you’re Stupid enough to believe them. pic.twitter.com/BusQT6qapx

Islam as a religion needs reforms. People who are educated and scholars should come forward to address the pressing issues and educate the illiterate masses regarding true Islamic ethos and preaching. If you are using a country’s resources and you are asking the country to provide you shelter it is your ethical and moral duty to integrate with the values of the Country. Radical Islamists have a view that they can conquer the world by their illegal ways and terrorist organizations like ISIS, countries like Pakistan who indulge in terror funding are encouraging this viewpoint.

Whether this measure adopted by the EU will be successful in integrating Islam or will it create a further divide and in retaliation will further terrorism, only time will be able to answer this question. 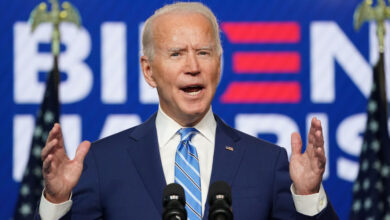 Joe Biden just one state away from creating history 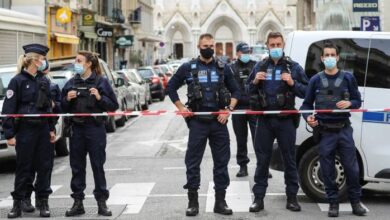 France and India: The rise of new age secularism 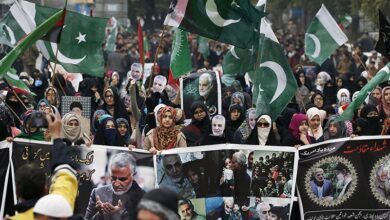 Is Pakistan on the verge of a civil war?